Oxfam Fair Trade wine is quality wine. And not only in terms of flavour; you can also count on the fact that when you choose fair trade, you really are supporting the winegrowers. Travel with us to Argentina, where our partner La Riojana breathes new life into an entire region.

In the dry, dusty Famatina Valley at the foot of the Argentine Andes, the winegrowers of La Riojana have been joining forces to produce magnificent wines for 80 years. Their renowned RAZA assortment ranges from sparkling wines to rosés, whites to reds, and is primarily organic. Moreover, the cooperative brings together as many as 80% of the winegrowers in the region. This has resulted in tremendous progress for the whole community.

La Riojana has become a strong player in the competitive Argentinian wine market in recent decades. The cooperative is made up of some 500 winegrowers. La Riojana makes its own wine from their grapes, which it bottles itself. This way, the farmers also get a few of the extra pesos that this yields.

Moreover, as a fair trade certified cooperative, La Riojana systematically invests in the community of which it is a part. The member farmers jointly determine where the earned Fairtrade premiums go. With the support of Oxfam and other fair trade buyers, they have already built a well, a secondary school, and a cultural centre in and around the village of Tilimuqui.

A large health centre is currently under construction.

Doctor quickly available to everyone

La Riojana aims to open the health centre in 2021. This will be a major step forward for the disadvantaged region around Tilimuqui. For the time being, sick residents still have to wait for the weekly visit of a travelling doctor. In a year’s time, they will finally be able to see a GP, psychologist, ophthalmologist, or midwife in their own neighbourhood.

When Covid-19 paralysed the world earlier this year, the construction of the centre was unfortunately also delayed. They were able to start working on it again at the end of August, with the necessary measures to protect the workers. In the meantime, construction has progressed beyond halfway.

As with everything it does, the La Riojana cooperative also takes the environment into account in this project. It is planting carefully considered trees and plants on and around the site of the health centre. They choose species that grow well in this desert-like region and that offer extra benefits to the people in the area.

For example, strong trees will be planted to shelter the buildings from the wind and give them shade, while purifying the air and attracting birds and insects. In addition, they help prevent the erosion of fertile soil.

The producers of La Riojana also attach great importance to ecology in their vineyards. Year after year, a larger part of their country switches to organic farming. You can see this in the Oxfam Fair Trade range as well: their RAZA pinot gris recently went organic. Thanks to the years of commitment of the winegrowers, all Oxfam wines from this partner will be organic by the end of 2021. We at Oxfam wholeheartedly support this plan because organic and fair trade go hand in hand.

‘Unprecedented dynamism’ thanks to agricultural school

The school opened in May of 2010 with 33 students; it now has a total of 530. Without this colegio, most of them would not have been able to attend secondary school. Many of the 183 young people who have since graduated from this school are now at university. Often as an agricultural engineer, engineer or – you’ll never guess – winemaker (oenologist).

The establishment of the school also brought other benefits for Tilimuqui. It created jobs and – perhaps most importantly – it connected the village with the outside world because it attracted students from the wider region.

Oxfam Fair Trade wine buyer Wim Melis praises this La Riojana project: “Ten years ago, this was a brackish field in an almost deserted village. Now, more than 500 students are following agricultural courses here and the school is unleashing an unprecedented dynamism in the region. The Fairtrade premium set this in motion, but this project now stands on its own. With fantastic management, drive, and vision.”

This year, Oxfam Fair Trade transferred approximately €11,000 in Fairtrade premiums to La Riojana, in addition to the fair price for their wine. So by choosing their excellent wines, you are directly supporting the people of this disadvantaged Argentinian region.

Would you also like to contribute to impactful projects such as this one? 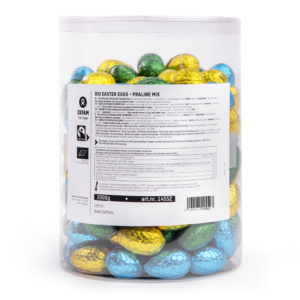 Nothing beats a piece of chocolate with a cup of coffee or tea. And at Easter time, an Easter egg is eggzactly the perfect thing, right? Good news for all of you who can never get enough of those scrumptious Easter eggs: our filled fair-trade eggs are now also... 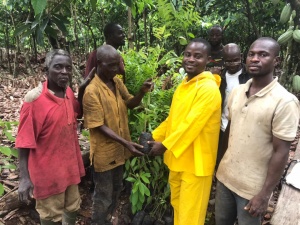 Over to our man in the field: Tayoro sinks his teeth in

In 2019, we launched the collaboration with Ivory Coast cocoa cooperative CPR Canaan. The product from this collaboration is the Bite to Fight chocolate range. We pay an extra premium directly to the farmers for the cocoa in these bars. 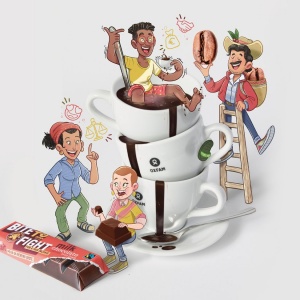 For 50 years, Oxfam has been giving people a real wake-up call about the inequality in international trade. And during the Fair Trade Week, from 6 to 16 October, fair trade will be the number 1 topic of conversation. 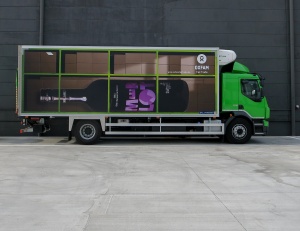 Worldwide demand for raw materials and products is booming, but this is causing a container shortage in many ports. This, in combination with regular outbreaks of COVID-19 in ports of departure and the accompanying personnel shortage or lockdowns, hinders supply, resulting in long delays and increasing prices.